Relationships in which at least one partner has Obsessive Compulsive Disorder (OCD) can be difficult, both for the person with OCD and the person that loves them. Obsessive compulsive disorder can put a lot of strain on a relationship, and in some cases the anxiety may be centered around the relationship itself.

Information for Partners and Sufferers

In this article, we'll go over some brief information on OCD relationships for both partners. However, note that this information should not be used as a replacement for formal OCD treatment.

rOCD – A Type of OCD

First, let's discuss something called ROCD, also known as "relationship obsessive compulsive disorder." While people associate OCD with things like germs and door knobs, the truth is that OCD can manifest in many ways, because "obsessions" can be about nearly anything.

Because relationships play such an important role in people's life, it's possible to suffer from OCD symptoms related to your relationships. For example:

These can lead to all sorts of different behaviors within the relationship that often put strain on the relationship, possibly leading to a breakup. It is very common for those with rOCD to break up or separate from partners due to these perceived flaws.

But even if you do not have rOCD, obsessive compulsive disorder can affect your relationships a great deal. Those with OCD often feel that their partners are frustrated with them, and that they are not well understood. They feel shame and guilt over their anxieties, and may display irritability.

OCD absolutely affects relationships because having OCD affects a person more generally, often on a deeper level. Those in relationships often worry about ruining their relationship, which unfortunately leads to more anxiety which makes OCD that much harder to manage.

Being in a Relationship With Someone With OCD

Partners in OCD relationships also have their own challenges. Watching a partner struggle with anxiety and compulsions is hard enough, but in some cases OCD can interfere with your ability to be together, such as having to rush home from a vacation because of a preoccupation about having left the oven on, for example.

When these types of issues occur, the strain that it can take on even the strongest relationships is obvious. That's why it's so important to always be supportive, and to make sure the partner knows that you're there if they want help. The best thing you can do is research the disorder as much as possible and understand it thoroughly, because often not knowing about the disorder creates many of the tensions that add to your relationship.

Your partner will need to show a willingness to deal with their OCD, and your support will help make sure they get there. But do try to be understanding. No one wants OCD, and the irrational thoughts and feelings are not a choice.

How to Improve OCD Relationships

The best thing that you can do is talk about it openly, in an understanding environment. This isn't only true for your relationship – it also helps with some of the anxieties characteristic of OCD. If you're openly talking about the problems and how you're feeling, it may lessen some of the anxieties that come from guilt and not knowing what the partner is thinking.

OCD relationships can be tough, but it is possible to overcome these issues. OCD is something that can be managed, controlled, and even cured. It is important that both partners show a willingness to stop the OCD, of course, because without that willingness change will not happen. But obsessive compulsive disorder is controllable with the right help.

On the other hand, if you feel like OCD is seriously threatening your relationship and you need some extra support, you may want to consider a few sessions of couple’s therapy in order to improve your communication skills and strengthen the bond between you. 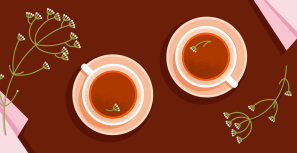 Your body produces hormones for many useful purposes: they cause...
2.5k
Social Anxiety

Introduction to Anxiety Caused by Hypothyroidism