Seasonal anxiety disorder is an unusual condition. During specific seasons - usually winter, but not always - a person experiences anxiety and depression for no obvious reason, other than the change in the season.

At first this condition was believed to be a myth, and it was blamed on the winter months typically being a tough time (holiday blues, colder weather, illnesses, etc.), but now psychologists do believe that some people's mental health is affected by the change in seasons, and this can have an effect on your anxiety.

Seasonal anxiety disorder is a layman term for the clinical term ‘seasonal affective disorder’. Usually, this disorder is considered to be a subtype of depression and it may be given the name “major depression with a seasonal pattern”. However, there is a lot of overlap between depressive and anxiety symptoms, so seasonal affective disorder may also present primarily in terms of anxiety symptoms that come about at a certain time of year.

Seasonal anxiety disorder, or SAD, is a complicated disorder where a person tends to experience more anxiety during certain months. Usually it's the winter months/colder months, but there are some people that seem to experience SAD during the summer months.

Sunlight modulates your hormonal melatonin levels. It’s believed that melatonin is linked to serotonin, the neurotransmitter (or brain chemical) most commonly linked to anxiety and depression. A subgroup of the population may be born with a gene mutation that requires sunlight in order to release positive (good feeling) neurotransmitters in the brain, according to a 2003 paper.

SAD isn't something that has a clear cause, but it appears almost certainly linked to sunlight and sleep rhythms, which are all affected by the seasons and your melatonin levels.

Even though SAD may be linked to the seasons, the experience is not different to non-seasonal forms of anxiety. In fact, the issues at play with SAD - like low serotonin - affect those with generalized anxiety disorder equally. Seasonal anxiety disorder appears to simply be a different way to experience anxiety, where the anxiety occurs in certain seasons rather than all year round.

How to Stop Seasonal Anxiety Disorder

One of the most amazing things about anxiety is that even when a disorder is "caused" by something else, you can still manage it by working on your mental health.

A 2015 study has shown a close link between psychological resilience, coping strategies and serotonin levels. It’s possible that engaging in certain coping strategies may increase the levels/activity of serotonin in the brain; however, further research is required.

So even though you may have the symptoms of SAD, your anxiety really possible to manage. Researchers generally recommend the following:

SAD is a tough condition, and the fact that it's still a little bit difficult to understand makes it unusual to treat. But like all anxiety, SAD can be treated. By making smart decisions that allow you to cope with your life stresses and experiences, you can effectively reduce the impact that it has on your life.

What Causes Anxiety After Eating?

Anxiety doesn't always make a great deal of sense. It...

How to Handle Anxiety During Perimenopause 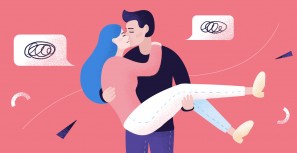 5 Causes and 5 Solutions for Relationship Anxiety

No More Waking Up with Anxiety

Existentialism is a school of philosophy that was influential in...
2.5k
Types

How to Stop Nightmares from Anxiety