Pregnancy is at best surprising and at worst chaotic. With the hormonal changes, pains, stresses, and more, it's nearly impossible to fully prepare yourself for the road ahead, or ensure that you're ready to face what's in front of you.

Perhaps that is no more true than during labor and delivery, especially the first time you have a child. No amount of classes can let you know what that's like, and that's why it's so often associated with anxiety attacks.

Anxiety During the Lead Up

Your anxiety starts long before you are actually in the delivery room. It starts months earlier, when the anxiety of having a child combined with the anxiety over the pains you can expect during childbirth all create anxiety that is hard to control.

Even though childbirth is always stressful, controlling that early anxiety will have an effect on your ability to control later anxiety.

Pregnancy and childbirth have a way of changing your coping ability. Not all of it is mental either. Hormonal changes during pregnancy appear to make one more prone to anxiety and panic attacks, simply because they allow certain parts of the brain to become activated during periods of intense stress.

Of course, it's not all hormonal either. Parenting itself is something that few can truly prepare for, and even when you're extremely excited about having a child there is a tendency to experience fear over the unknown and an extreme amount of pressure that can contribute to the likelihood of developing anxiety attacks.

So when you're in the delivery room, the chances of developing an anxiety attack are likely at their highest, especially when you consider all of the following:

So many emotions are going to be at play here, and at no point in your life is it likely that you experience a level of stress and anxiety higher than when you're giving birth. Combine that with the inability to escape at a hospital and it's no wonder that anxiety attacks are so prevalent leading up to and during childbirth.

When Panic Attacks Are a Serious Risk According to Research

Interestingly, however, some studies have found that panic attacks are actually not at their highest during delivery. Rather, they affect many people both before and after. Before delivery, if you already have panic disorder, the panic attacks and possible agoraphobia may keep you out of the hospital, and cause panic attacks at the thought of going to the hospital.

Studies have also shown that postpartum panic attacks are very common as well. They're likely relate to the issues listed above, but affect new mothers after they are coming off of the body's natural childbirth hormones.

So no matter when you have anxiety attacks, there are others that are also suffering just like you.

How to Control These Anxiety Attacks

Normally there are strategies that you can use to keep anxiety attacks at bay before and during an attack. Unfortunately, labor and delivery are such profound events that very few of them work in that setting. The good news is that there are a few strategies that will help:

With anxiety attacks during the delivery room - and even after you've delivered your child - the key is prevention. Learn how to control your anxiety at all points in your life and during labor and delivery your anxiety will be much less pronounced.

Performance anxiety is a fairly broad term. For some, it...

How to Manage Anxiety Symptoms After Quitting Drinking Alcohol

Mild Anxiety: What it is and How to Treat It

5 Causes and 5 Solutions for Relationship Anxiety

No More Waking Up with Anxiety

How to Stop Nightmares from Anxiety 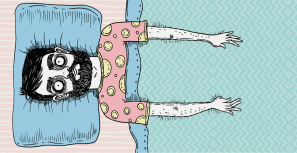